As I worked my way through the archive, I noticed that vast swaths of land, particularly in the Nevada desert, were missing from the imagery collections. I assumed that my own ineptitude with the image archive's antiquated filing system was to blame. I expanded my search to the entire USGS archive, plugging longitudes and latitudes into a government search engine to retrieve image previews. When I did that, I stumbled across a series of images that left me flabbergasted: black plates with stenciled white letters reading simply FRAMES EDITED FROM ORIGINAL NEGATIVE. Someone, somewhere, in some official capacity, had deliberately removed these plates from the archives. I was startled to find blank spots on the official map, an image that hearkened back to an earlier age.

...it was hard for me to believe that here, at the dawn of the twenty-first century, there could be such a thing as unmapped space. Our world has maps for just about anything imaginable: with GPS-enabled navigation systems, it is impossible for modern ship captains to get lost at sea. Real-time weather satellites transmit up-to-the-minute atmospheric conditions to anyone connected to the Internet or with access to a shortwave radio. Google Earth provides detailed, scalable satellite images of nearly every inch of the Earth's surface. Maps from the USGS contain precise topographic and elevation data for the world's landforms. There are maps for the ocean's deepest trenches and maps of the outer planets; cosmological maps describe the large-scale structures of the Universe itself, while maps of the human genome chart life's most basic building blocks. The world, in short, has been elaborately, meticulously mapped. The images I was looking for were missing, not because the desert hadn't been mapped, but because what they showed was secret.

As it turns out, this also had a historical precedent. During the age of exploration there were two kinds of maps: Some were intended for general consumption, others were tightly held state secrets. The maps Magellan used to circumnavigate the globe, for example, were of the latter sort. Although Magellan's maps were rife with blank spots showing the limits of Spanish exploration, they contained more detail than the public maps. The Portuguese and Spanish empires' secret maps revealed landforms and trade routes the rival empires sought to hide from one another. Other, deliberately inaccurate, maps were produced and "leaked" from one empire to another in elaborate disinformation and deception campaigns. The "real" maps were the empires' greatest secrets, documents so sensitive that an unauthorized person caught with them could be put to death. The maps themselves, and control over the information they depicted, were instruments of imperial power. As author Miles Harvey put it, "The Portuguese controlled the Indies because the Portuguese controlled the maps."

we don't do "news" & neither should you 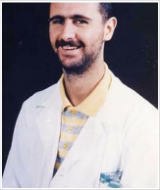 Links from a cold, entangled Universe.

"Innovation is a very strange thing in general, because it’s so hard to know what to learn about it or how to study it. Every moment in the history of business, in the history of technology, happens only once. And so there’s no formula."